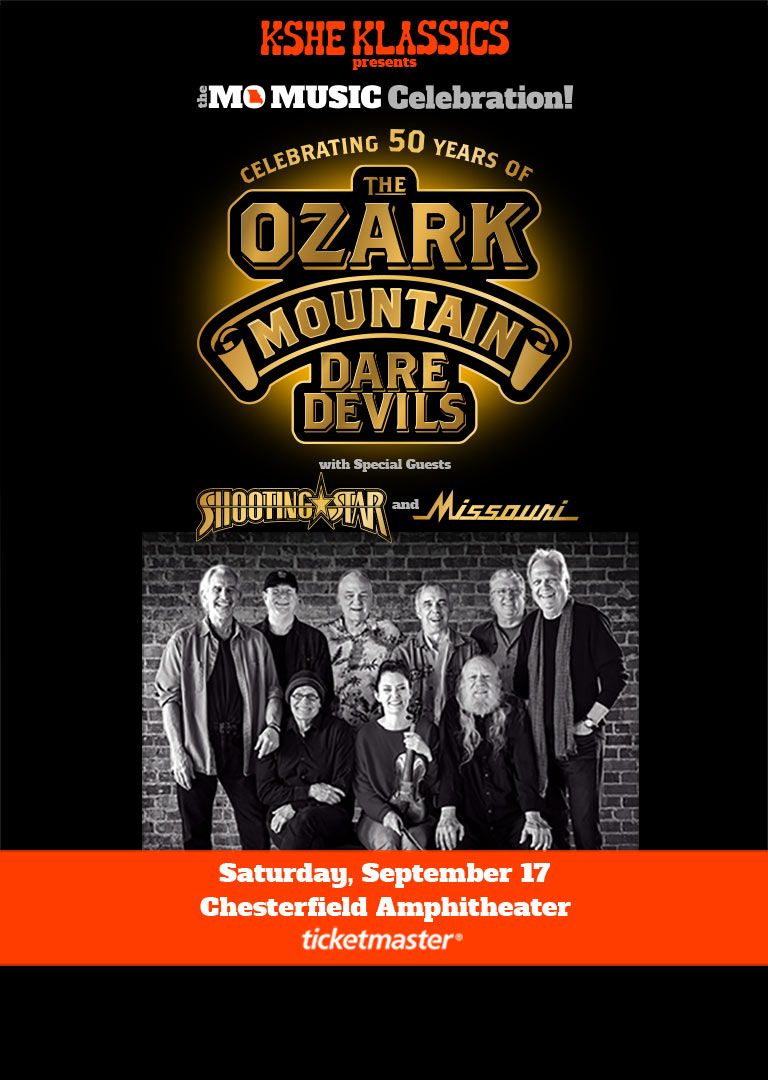 One of country rock's more inventive exponents, The Ozark Mountain Daredevils were formed in 1971 by the songwriting team of John Dillon, Randle Chowning, Larry Lee, and Steve Cash, with Michael "Supe" Granda and Buddy Brayfield completing the line-up. The group was originally based in Springfield, Missouri. Their acclaimed 1973 debut album, recorded in London under the direction of producer Glyn Johns, contained the US Top 30 single "If You Wanna Get To Heaven", while a second success, "Jackie Blue', which reached number 3, came from the band's follow-up collection, “It'll Shine When It Shines”. Recorded at Chowning's ranch, this excellent set showcased the group’s strong harmonies and intuitive musicianship. Both of those two records achieved “Gold” status. Subsequent releases were “The Car Over The Lake Album” and “Men From Earth”, and “Don’t Look Down”. A 1978 release, “It's Alive”, fulfilled the band's obligation to A&M Records and two years later they made their debut on CBS Records with new members Buddy Emmons and Rune Walle as part of the line-up. Following this effort the bands’ recording ceased for a time in the mid-1980s.

The Daredevils were reactivated in the late 1980s by Dillon, Cash and Granda, with Steve Canaday (drums/guitar/vocals) and D. Clinton Thompson (guitar). The resulting album, “Modern History”, released on the UK independent Conifer label, found The Ozark Mountain Daredevils with a new lease on life. The band carried on into the new millennium with a new line-up featuring Dillon, Cash, Granda, Ron Gremp (drums) and Bill Brown (guitar/vocals). In 1997 the group recorded and released their first album in many years titled “13”. The band’s sound had changed somewhat with time, but still contained a familiar appeal to their fans.

With the band’s music collection mostly out of print by the millennium, and only their debut album in print on CD, an effort was begun to reissue all of their works. This was launched with the December 2000 release of “Time Warp” The Very Best Of The Ozark Mountain Daredevils, a 21 track compilation from all of the A&M studio albums. Following that was a concentrated effort by New Era Productions to accomplish the long-awaited reissue of their individual A&M albums “It’ll Shine When It Shines”, “The Car Over The Lake Album”, “Men From Earth”, “It’s Alive” and “Don’t Look Down”. The CBS (Columbia) self-titled album “Ozark Mountain Daredevils” was released in November 2005, thus completing the reissue series of A&M and CBS recordings.

The Ozark Mountain Daredevils continue to enjoy a cult popularity today. After 35 years of service to their craft, the music and the group have truly withstood the test of time. This is why they are one of America’s most original and enduring bands.